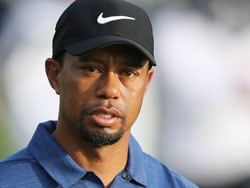 “He is currently in surgery,” Steinberg said, “and we thank you for your privacy and support.”

Woods, 45, was the only occupant of a vehicle involved in a roll-over accident about 7:15 a.m. PT Tuesday on the border of Rolling Hills Estates and Rancho Palos Verdes, the Los Angeles County Sheriff’s Office said on Twitter. He was extracted from the vehicle with the “jaws of life,” the sheriff’s office said.

He was taken to Harbor UCLA Medical Center. The vehicle sustained major damage. Authorities did not say what caused the wreck.

Woods last competed in the PNC Championship in Orlando with his son on Dec. 20 said. He announced last month that he underwent back surgery to remove a pressurized disc fragment and hoped to be ready to play in The Masters tournament in early April.

This morning @LMTLASD responded to a roll-over collision in which @TigerWoods was injured. Please see our statement… pic.twitter.com/cSWOxKZC1w